That was Operation Market-Garden, which nearly finished the second World War in September 1944. Montgomery received priority for this plan, at the cost of Bradley, who would operate over a broad front, with the main point in the Elzas. From the Albert canal, via Eindhoven, Nijmegen, Arnhem to the IJssel lake: that was the first target. The Germans in West-Netherlands and North West-Belgium would be isolated from their homeland; the gates to the North-German lowlands and to the Ruhr would be open! The biggest air-landing operation in the history formed the first phase: the 101st US Airborne Division landed near Eindhoven on the 17th September 1944, the 82nd near Nijmegen and the British First Airborne Division near Arnhem.

On that day the British Guards Armoured Division broke through to Valkenswaard and reached Nijmegen in the afternoon of the 19th, where the Americans took strong positions, although they didn’t got the chance to break the German defence at the bridges. In this they managed in an audacious combined operation on Wednesday 20th September. In the afternoon, with clear weather, American paratroops crossed the river Waal in canvas boats west of the city; in the early evening, the tanks of the Grenadier Guards forced the entrances to the huge bridge; in the evening the distance to the brave men of Arnhem was only 6 miles. The fierce resistance of the Germans, amongst whom the 10th S.S. Division “Freundsberg”, prevented a fast break through. On the 26th of September the remains of the badly battered British Division were withdrawn over the Lower-Rhine river. Indeed a large part of Holland was liberated; Monty’s plan however was not realised. Nijmegen would remain a front line city for seven months. 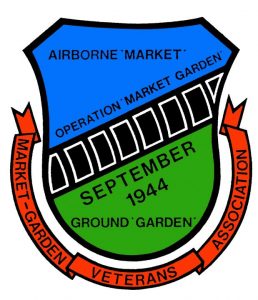